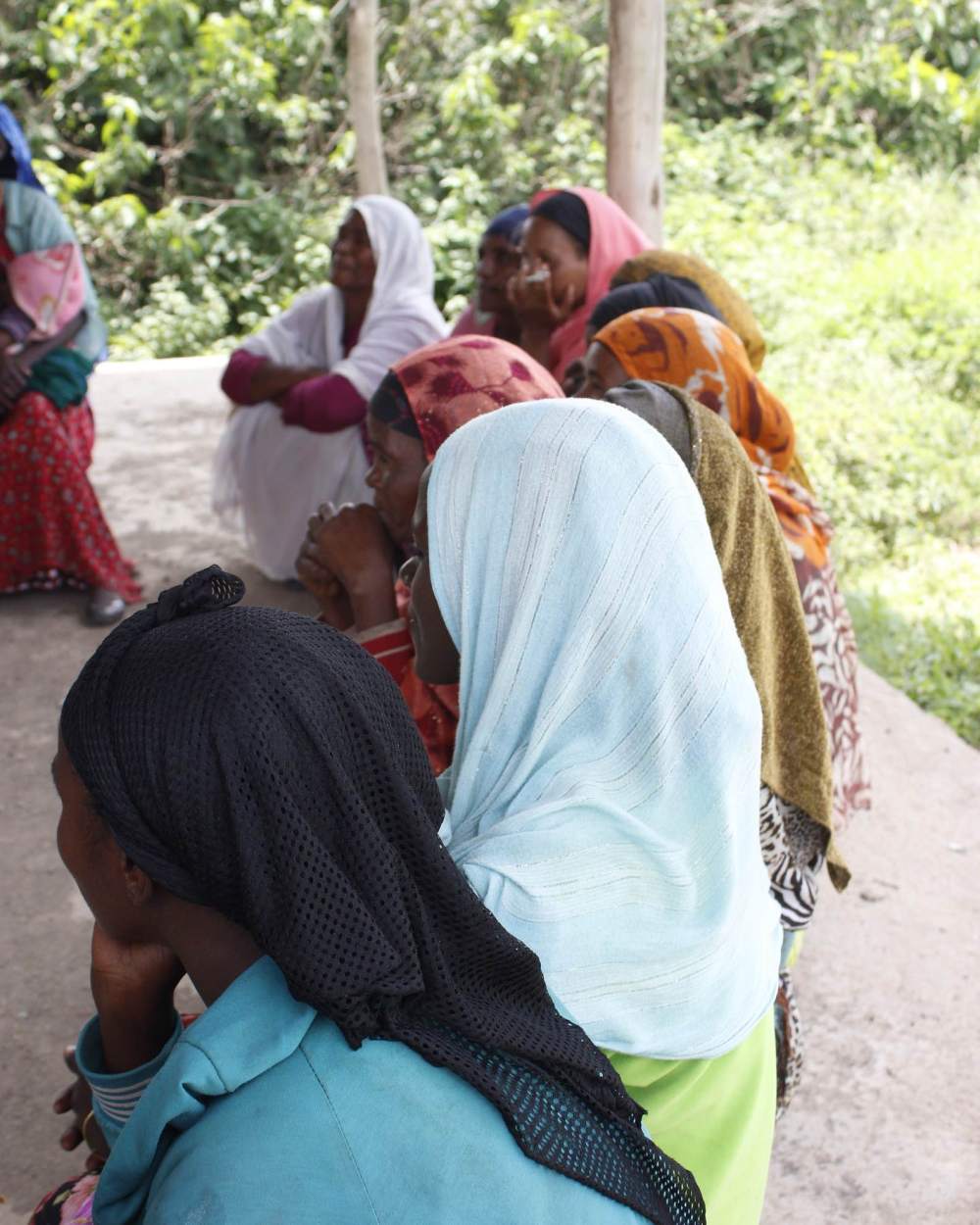 A small group of us went on behalf of CoSAP on a field visit to rural areas outside of Adama (originally named Adama and then changed to Nazareth by Haile Selassie, who had changed the names of certain cities in Ethiopia to align them more closely with the Bible) as part of a survey study to measure the connection between women’s membership in self-help groups and their resiliency to survive the drought. It was strange to feel dry, hard earth under my feet who had grown so used to the constant dampness provided by the streets of Addis. I have to admit that I felt a bit guilty enjoying the warmth of the sun in Adama, after all, it was this very same relentless sun that was causing the very problem we were here to understand.
We visited two groups and started with group discussions and ended with individual interviews that asked questions like age, number of children, years as a member of a self-help group, confidence that you can get out poverty. I thought that these questions were much more difficult when asked than when I had first glanced at them on paper. The trends were similar in the results we found from both groups. The women had all experienced a strengthening in social bonds as a result of being part of the self-help group (SHG) and had also found that their membership had helped them resist the drought due to their ability to save money collectively to use in times of need. The SHG had also helped a number of women by training them to engage in work outside the home known as “petty trade” which means going to the marketplace to trade crops, goats, and sheep. However, not all of the women were satisfied and many questioned what the next steps were that they would have to take if they were indeed going to wave goodbye to poverty. They had received their trainings and they had learned to save a few more Birr a week, but every woman at the meeting agreed, nodding their heads while sitting atop large rocks in a circle, that the drought was different this year. They needed more help, they needed access to medicine for their children, they needed someone to share the burden of their children when they ran to them instead of their fathers when asking for food, they needed the government to know that things were not going well and that they were relying on the government to do more — something, anything to make things better.
One woman struck me in particular, although unfortunately, her name has escaped me. I remember stopping when I saw the interpreter write her age down on the survey: 27, my age, with five children under the age of 18. It was as if someone had played the wrong chord on a guitar. I found myself focusing intensely on every aspect of her being, her hands, noticeably strong, rough, accustomed to work, and her hair, the few strands of it sticking out of her bright yellow headscarf were already turning gray. Even though her skin was tight, flawless in fact, there was something about her that seemed so aged that I felt as though I was sitting in the presence of an elderly woman who had seen the meaning of life and had lived to tell the story.
I took a look around at the other women and realized that if I had tried to guess their ages, I would have guessed incorrectly, aging each of them by ten or fifteen more years. Was I like them? Were we similar or were we too different to compare? Did they look at me and see a woman just like them? I wondered if when they saw my soft, manicured hands, they were as taken aback by them as I was about their calloused ones and wondered about the life I lived. Time passes for everyone but does it pass equally if each of us inhabits different worlds?