Two days before I took my only leisurely trip outside of Addis Ababa I called my parents to say hi and selfishly assure them Bassey and I would pay my astronomical phone bill. The normal conversation with my mother took place. I told her about my work, the challenges and laughs I’ve had, as well as my upcoming trip. After our brief exchange, me also inquiring about home, we sank into a small silence. I knew soon my papa would be put on the phone so I could have the same comforting conversation. However, this time it was a little different. The news every person who spends a significant amount of time overseas dreads hearing, but knows must come eventually. “Nana had a stroke and is in the hospital”, my mom said quickly and even more quickly assuring me she was okay and doing better and not for me to worry. The night I experience the worst sleep I’ve had in this country, worry and fear swimming continuously in my mind.

Although I do not subscribe myself to any particular religion at this point, I am a very spiritual person. Growing up in my family, I didn’t really have a choice. God and education reigning supreme in our household I was baptized in the Catholic church. My mother was educated in the Catholic church and my father was the son of a devout saint. In my younger years, after my father struggled to find his own in faith in Islam, we were heavily involved in the Protestant church, Lutheran to be specific. My brother, and I were involved in the youth group and also attended a summer camp yearly with our two cousins.  In college like most young people who leave home and are immersed in a pool of new ideologies, people, and tastes I challenged my religion and became like my father once was immersed in Islam. I studied abroad in Morocco, fasted, and felt like I had found a light to guide me through this world. After returning to Charleston, South Carolina to finish my studies my faith became harder to hold on to and my life seemed to take another turn when I was accepted to be a Peace Corps volunteer in Benin, West Africa.

Fast forward many years and countries later and I find myself in Lalibela, Ethiopia. The winding roads set on enormous mountains with volcanic like clouds slightly kissing each peak is utterly mesmerizing. I know this sounds clique, or even maybe crazy, but the 30 minutes of us gliding up the hill by van, with the sun beaming into every window I feel closer to a higher power. 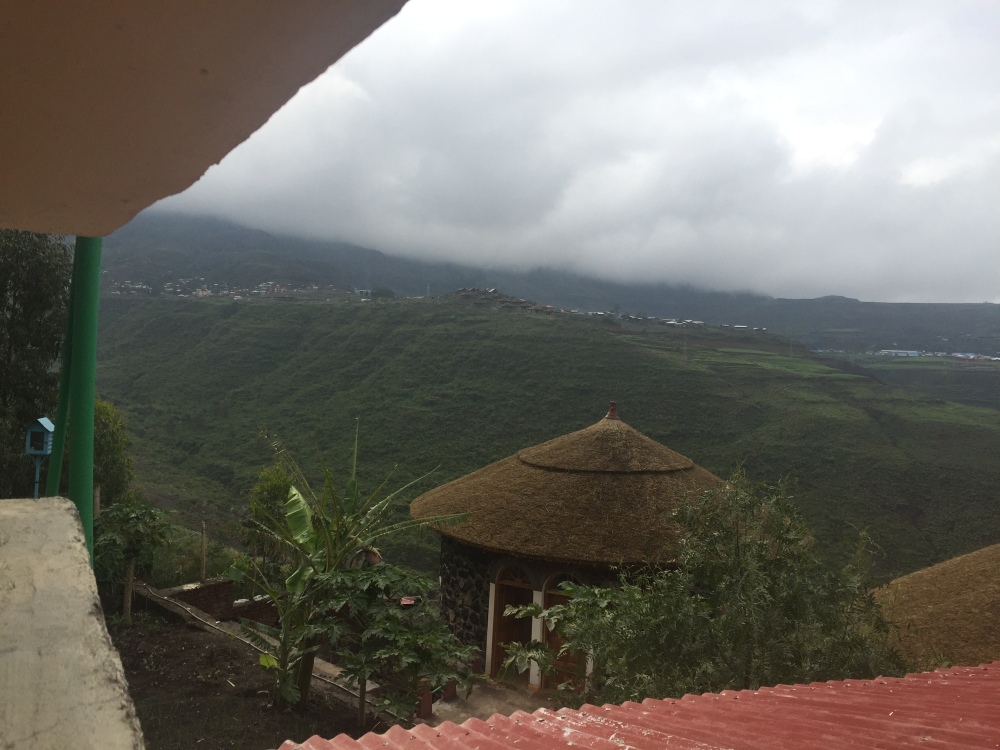 After arriving we met our charismatic tour guide, Habtamou who whisked us away to our beautiful hotel, Sora Lodge, and to the first five churches. Lalibela is a historic masterpiece of a town dating back to the 12th century. King Lalibela received a vision from Jesus in which he would build 11 churches somewhere in Ethiopia. King Lalibela searched all over Ethiopia finally settling on a town that was filled with farmers and large stones. It was there that King Lalibela decided to create a replica of Jerusalem and a place where pilgrims shortly after traveled from all over Ethiopia to feel closer to God. The 11 rock-cut churches took King Lalibela around twenty years and today is a UNESCO site of preservation. The legend is that it took around 5,000 people to construct the churches but only one tool of King Lalibela’s was found. Many people believe that it was by the faith of God King Lalibela was able to create the churches by his own his hands solely.

We also hiked to the monastery of Yomani Christos where King Christos created a church out of a cave many years later fulfilling the four requirements dictated by King Lalibela. There we not only saw a piece of history so beautifully preserved by the community but inside contained the bodies of hundreds of people of faith who made the pilgrimage to Lalibela and eventually stayed the rest of their lives till death, are buried within the cave. 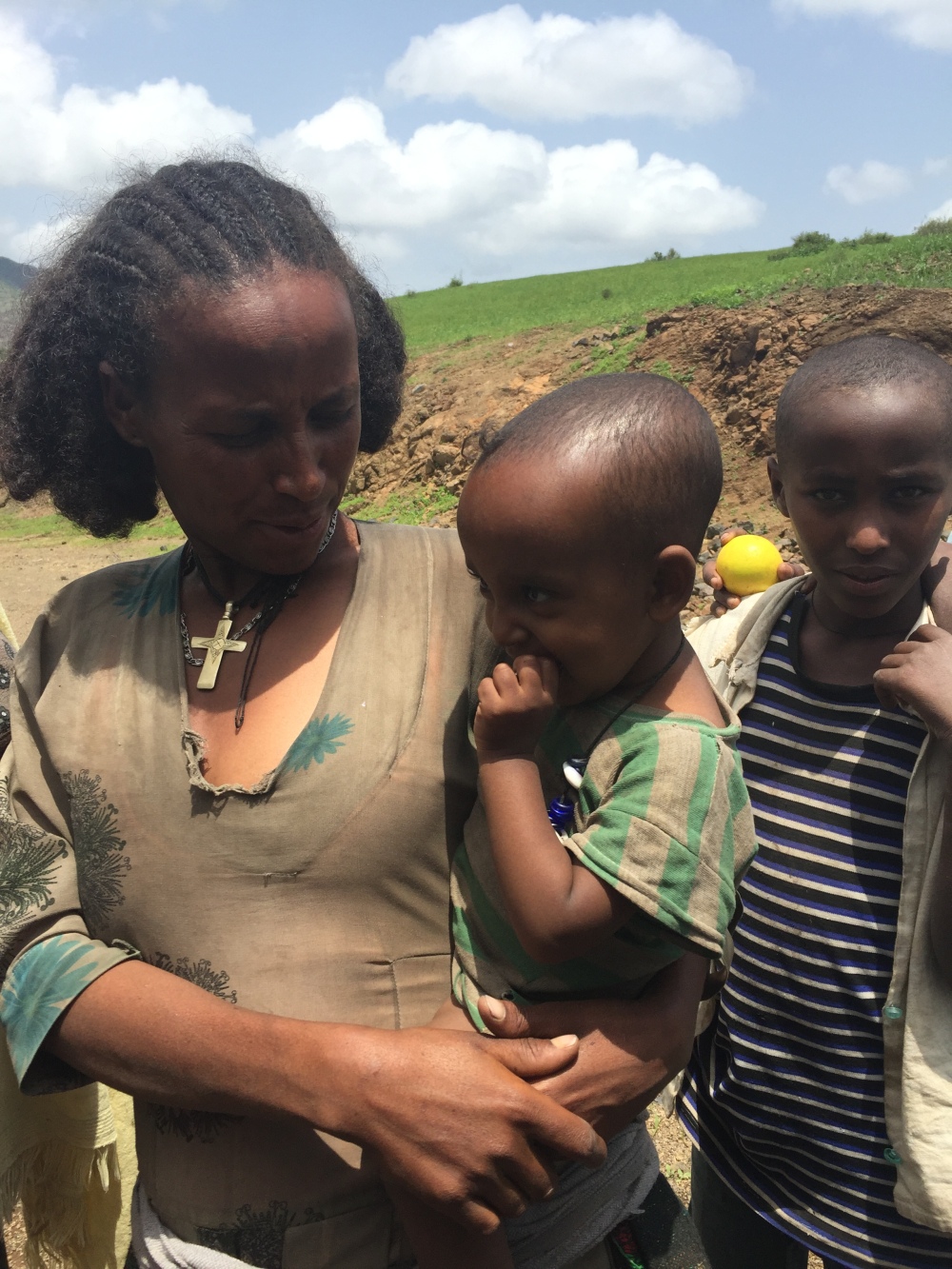 On these tours you won’t see a lot of frenji-foreigners– but devout Ethiopians of the Orthodox faith. Coming out of the cave we saw a family who were baptizing their children in the holy water spilling over from the top of the cave. Ethiopians are still making the very meaningful pilgrimage to the spot where their religion started. I couldn’t help but touch the water and say a little prayer for my grandmother to myself.